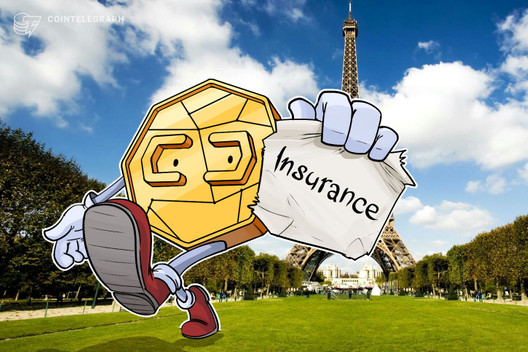 On April 11, the National Assembly of France adopted a bill that is designed to stimulate local business development, including redirecting savings from individuals to businesses, according to local news agency Les Echos. According to Reuters, the Assemblee Nationale voted 147 in favor and 50 against.

Known as “Plan d’action pour la croissance et la transformation des entreprises,” (Pacte) the act reportedly allows insurance providers in France to invest in cryptocurrencies such as Bitcoin (BTC) with no limit on the amount of investment.

According FXStreet, a dual provision of the act enables insurers to invest in crypto through specialized professional funds, and allows them to offer life insurance policies exposed to crypto. The new measure will also impact professional capital investment funds.

Joel Giraud, deputy and budget manager of Emmanuel Macron’s party La République En Marche, confirmed the news, while claiming that the new crypto-related initiative “was not the primary objective of the Pacte,” according to tech news website TrustNodes.

The bill mainly targets privatization process, including a sale of the state’s stake in airports group ADP in order to raise money for a new innovation fund.

Earlier in March, Eric Woerth, head of the Finance Committee of the National Assembly, proposed to ban anonymous cryptocurrencies like Monero (XMR) and ZCash (ZEC).